Some fresh beats have come to my attention lately.
Kum Curek's blog features cuts so now they're actually tomorrow.

And check out Audiojack, these cats are amazing:
Latest tracks by Audiojack Official
at December 28, 2011 No comments:

Email ThisBlogThis!Share to TwitterShare to FacebookShare to Pinterest
Labels: music

four letter word or, do you believe?

Do you believe in love?
I'm still not sure that I do. Maybe. Possibly. I'm on the fence. I want to. It's scary. It feels so good and then it hurts, like the sweet bliss of nitrous right before the root canal drill.
*
An Ethiopian friend says he doesn't. But, he's young and a player so I think it's mostly a line.
Also, it depends somewhat on what you mean by love. There's "love" as in soul mates, one person you'll be with forever and do everything with and skip happily into the Hollywood sunset.
There's also "love" as in:
PS: I saw this graffiti: I know your secrets and I love you anyway
at December 24, 2011 No comments:

Email ThisBlogThis!Share to TwitterShare to FacebookShare to Pinterest
Labels: gnarly thoughts, whatever

On the longest night of the year, some classic Tribe Called Quest to make you smile:

Email ThisBlogThis!Share to TwitterShare to FacebookShare to Pinterest
Labels: heard around town

the thing about it is

The thing about it is, it won't kill you.
Loneliness.
YES! this is one of those posts. I wish it wasn't. It is though. I feel like I have to write these things, because I feel them.
I feel it. It.
Like a stab, like a lot of stabs, the kind of deep anxious dreadful jabbing stab that makes you want to hurt yourself so you feel something else besides it. It.
Loneliness. Yeah.
It makes you wish you were dead, sometimes, or at least that your nerves were dead, so you didn't feel so damn awful much.
It's a space that needs filling, with gin or sex or hip hop or frenzied running around. It hits you that it's been yea long since someone, anyone, a stranger even, held you, hugged you, really grabbed on, and meant it.
*
It won't kill you though, loneliness. You'll live through it. You'll live to be lonely another day.
I imagine it away sometimes, like turning off an old television set, a bright digital flash consolidating in on itself like a collapsing star.
at December 19, 2011 No comments:

Email ThisBlogThis!Share to TwitterShare to FacebookShare to Pinterest
Labels: whatever

From BusySmartyPants to you, some pages where I've been hanging out lately:
Happy Thursday, y'all.
at December 15, 2011 No comments:

One thing I love about Afrika ya Mashariki is the constant buzz of activity. Everything has a soundtrack, whether it's music, conversation, dogs fighting, horns tooting, football on the television, a generator. That said, peep this short recording of a peaceful moment outside the Nam Hotel in Dodoma; the damn rooster was my wake up call every morning at 4.10.

Email ThisBlogThis!Share to TwitterShare to FacebookShare to Pinterest
Labels: heard around town, travel 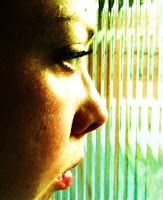 I look dull, no?
Frustrated.
Lonely.

Peep my friend thad wenatchee's new music video, made with love right in the 206:

Boy, it's been heavy around here. I heard three people utter the words "I'm lonely" this week.
One of those people was me.
*
In other news, I saw an amazing dance performance last night by zoe|juniper. Dancers in gold headgear, robotic and lithe, stunning. Two were naked, and barking. Another bit a scarlet leash.
While in Addis, I polished off an entire box of off-brand cocoa krispies. Nothing says yummy tummy time like chocolate cereal with hot milk.
*
Today's soundtrack, a BSP video, the view from a Tanzanian teksi:

The shoe repair guy said, wistfully, No one ever brings me clean shoes.
I handed over mud-crusted boots that needed re-heeling and felt like a shit.
*
I love travel. The more places I go, the more I feel alive, connected, humble, curious, ignorant, desperate, hopeful, optimistic, realistic, fatalistic.
I hate travel. The more I go, the less I feel like staying.
*
One day I shoveled sand in a rocky Addis Ababa alley and sang Gershwin to a little girl who giggled and held my work-gloved hand. A passerby kissed my cheek and said she felt as though she were my sister, and I felt like the luckiest person alive.
And now I feel more deeply lonely than ever. I thought it was supposed to be the opposite.
*
For 6 Birr (35 cents), a shoeshine kid scrubbed my muddy kicks with soap and water. He didn't complain about dirty shoes. But, sitting there while he labored with a dirty rag and scraps of soap, I still felt like a shit.
at December 01, 2011 No comments: