I should be writing so let me just say hola and post a picture from the Streamline a couple of weeks ago and leave you with this incomplete manifesto on a sunny Sunday afternoon (read it don't tl:dr it).
Pace. 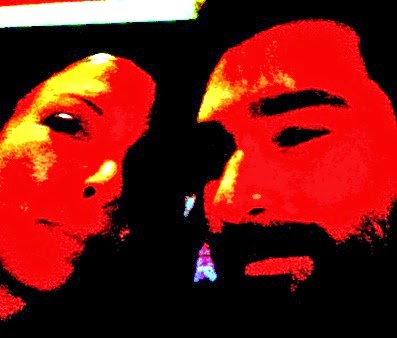 Email ThisBlogThis!Share to TwitterShare to FacebookShare to Pinterest
Labels: my man, seen around town 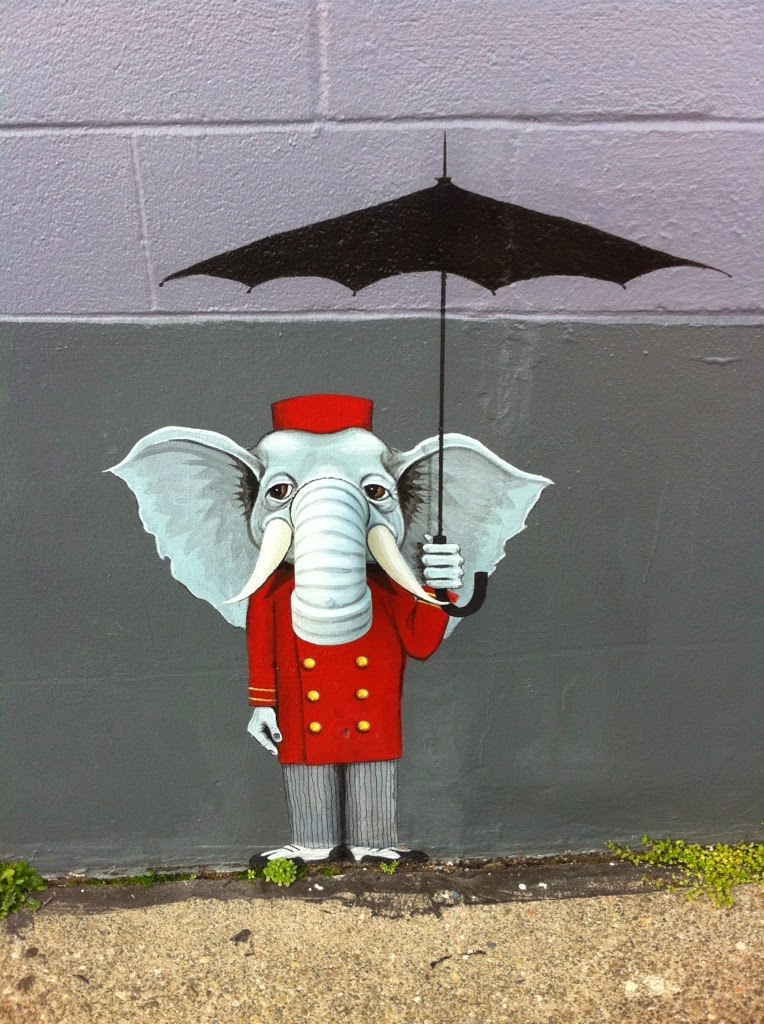 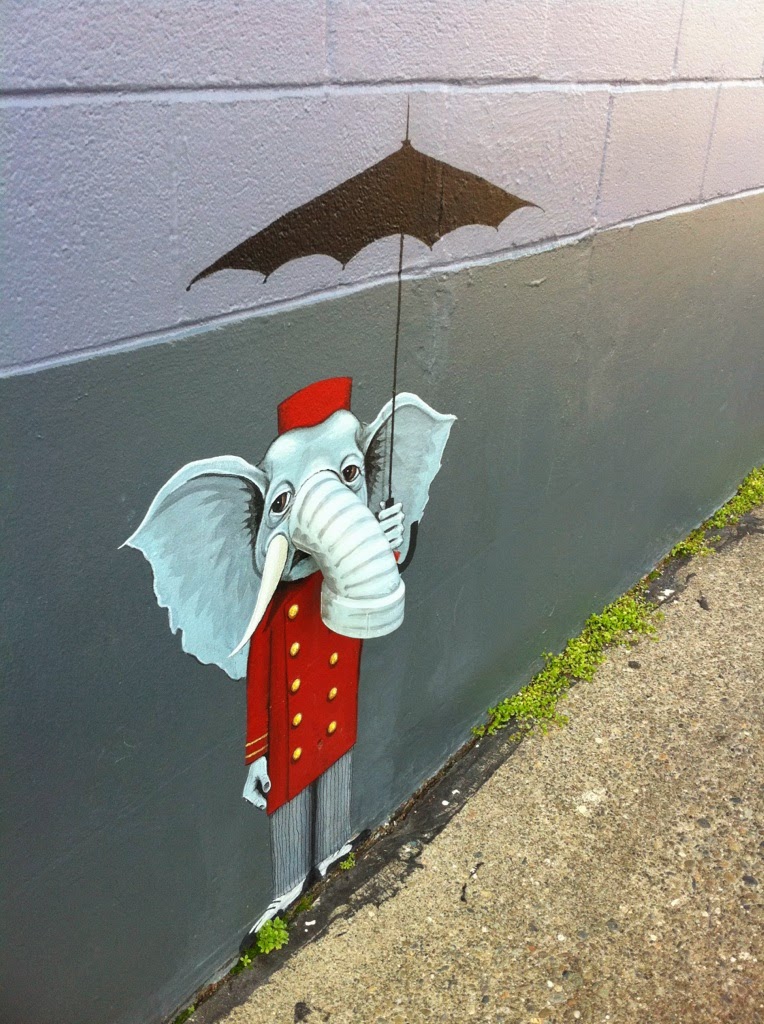 I have some wonderful older men in my life. The gents, you might say. Gallant, funny characters.
My grandpa Dusty created an indelible template, I think. He was handsome and charming, a man's man and a ladies' heartthrob. He loved sports and people and cards and his grandkids (the little guys). I hold close the quiet moments on the back porch looking at the broad summer Kansas night sky while he sang, "Mr. Moon."
Another of my favorites is a dashing British gent I've had the pleasure to work with overseas: Babu Bill. A walking lexicon of culture, he's equally liable to break into a line from a mid-century operetta or recite Tennyson. Or, fashion a hat from lunch's folded napkin and sing off-color sailor ditties.
At my volunteer job there's Jim, a 70-something raconteur who makes the hours fly by. He's quick with high fives and jokes (what do a redneck divorce and a meth lab explosion have in common? somebody's gonna lose a trailer) followed by a howling, contagious cackle. His Navy-inspired anchor tattoo is faded but he still razzes the Army veterans who come in for food and conversation. A former boxer, he relishes his old nicknames: Canvasback Jim. The Beagle Street Bleeder.
*
More pictures from around town on Photobucket. 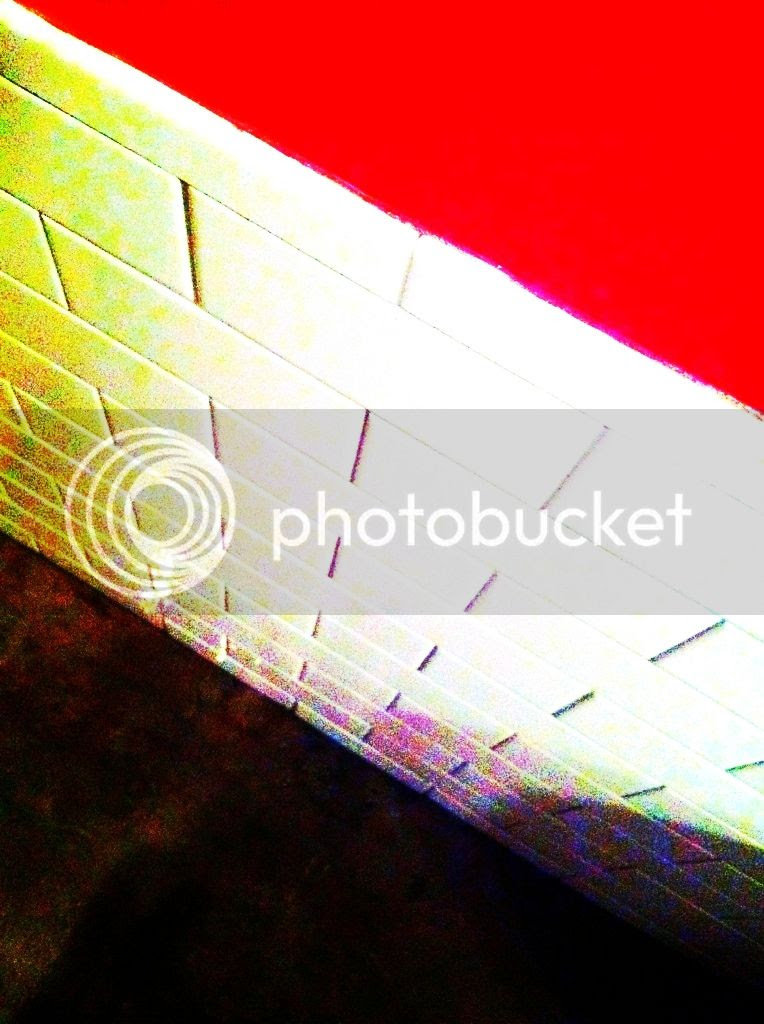 One of my colleagues killed themselves last week. Young--not yet 40--educated, well-off, and ostensibly happy. Up for a significant promotion at work, with a small child and a spouse and parents and a life. Someone I saw frequently but never felt I connected with. My boss, on a few projects. All this time, I thought it was me--that we just didn't click--but what I've been hearing from other co-workers is the same bewilderment, the sense that we didn't really connect with this person but now we realize, to our horror, there must have been hidden depths, a despair never even hinted at, that caused them to take the ultimate step.
Hey people what is this? We fight so hard to stay alive, we eat right and exercise and undergo medical interventions, we take all possible measures to elbow away the Grim Reaper. And yet this person chose to depart, planned it, I think, prepared and readied and then did it.
How do you walk the Earth one beautifully sunny late winter day, knowing you're about to commit an act that will remove you permanently from the planet, knowing that your act will make an indelible mark on your spouse and your kid and your parents, on all of us?
Who does this? A desperate person. A selfish one? A person with no other options. I can't help but think about it, to try and make sense of the unthinkable, and all I can come up with is sadness. Another human suffered and I had no idea.
*
A writing night, and DJ ShmeeJay is my soundtrack.

Whatsup-whatsup-whatsup.
This: my story, "The Junk," has been graciously accepted and published by Your Impossible Voice.
Download or print this awesome magazine and check out dozens of talented writers, and moi writing about exes, Great Aunt Patty's disputed inheritance, confused pheromones and a whole lotta fake jewels.
All this and more in Issue 3!
Hit me up if you don't have $2.99 and I'll let you read my copy.

one for the haters

Two women hate me.
It's no secret. They have both made their feelings spectacularly clear.
As much as I like to think of myself as a pretty decent person, loving and loved and loveable, the fact that there are two women out there who despise me, including one living in my own building--this fact gives me pause. 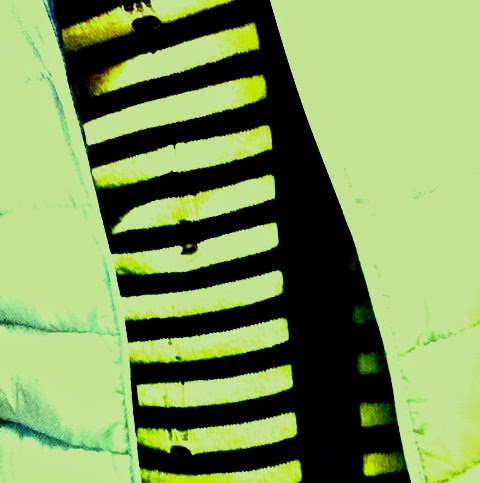 Other facts: the two don't know each other. One's in her thirties, the other her fifties. In both cases, the hatred emerged from strong emotions over a man that I was merely friends with. What is the power of a friendship, that my platonic relationship with a guy these other females coveted--in one case, romantically--that it forever poisoned the original female bond?
I don't know.
*
Person A, as I'll call her, introduced me to Friend A. They'd been friends since high school. Friend A and I quickly discovered a shared hilarity and recklessness, a love of music and concerts and hanging out. Person A got jealous that Friend A and I were hanging out without her on occasion. Even though she had no interest in dating him, nor did I. Person A lost her shit. She screamed at me and Friend A in a busy Seattle intersection, broke off her friendship with Friend A and forced him out of his shared living situation with one of her relatives, and most recently accused me of workplace intimidation. 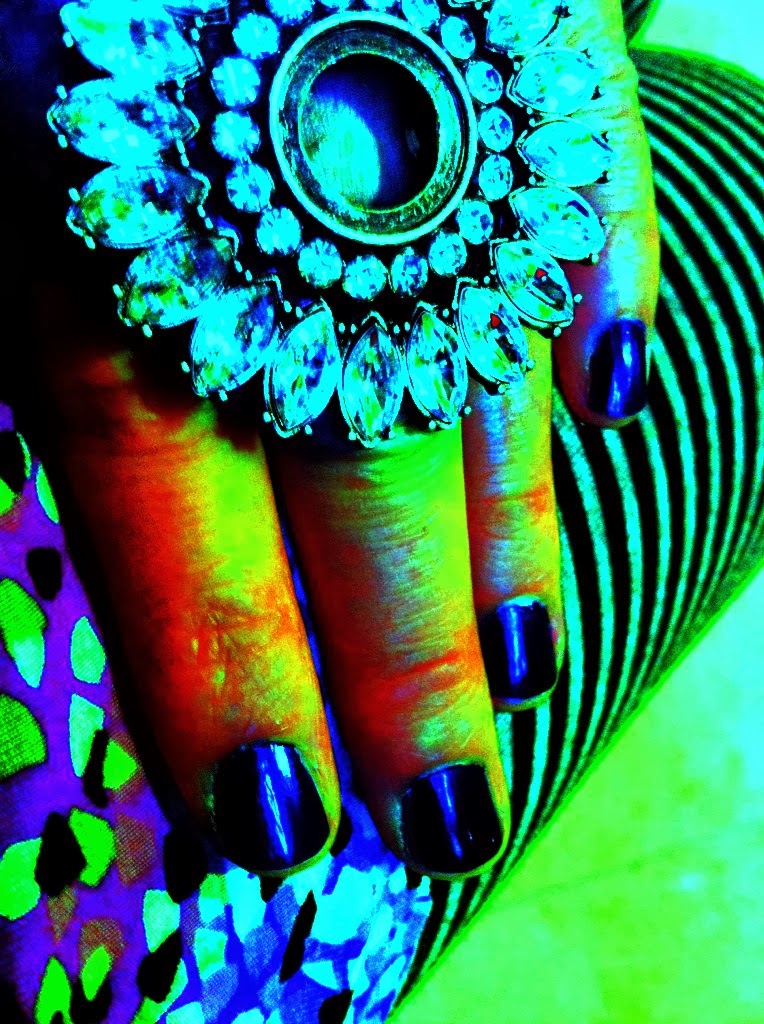 *
Back when Person B and I were friends, she came to a party at my place and met Friend B. Friend B and I have been pals for a long time. We met during college, survived divorces together, have traveled and gotten drunk and gone to shows and shared losses--a sister, a mother, a good friend. Friend B dated Person B for a couple of months not long after his divorce; when they broke up, Person B decided it was my fault and cut me off. I e-mailed and called her. No response. I continued to say hi when we ran into each other around the neighborhood. She went from a muttered hi to no answer to telling me, when I asked how long this was going to continue, that nothing was wrong, it was all in my head. She's flipped me off on the street and given me the cold shoulder at friends' events. The retribution has now gone on at least ten times longer than the actual time she and Friend B were together.
*
I don't know what these episodes have to teach me. I like to think I work hard on my friendships. I'm still tight with both Friends A and B. They're great guys. I've given up on the ladies. You can't un-jump over a cliff, I guess. They're not coming back.
*
The photos are of me, by me. Happy Sunday.

the contagion of smug 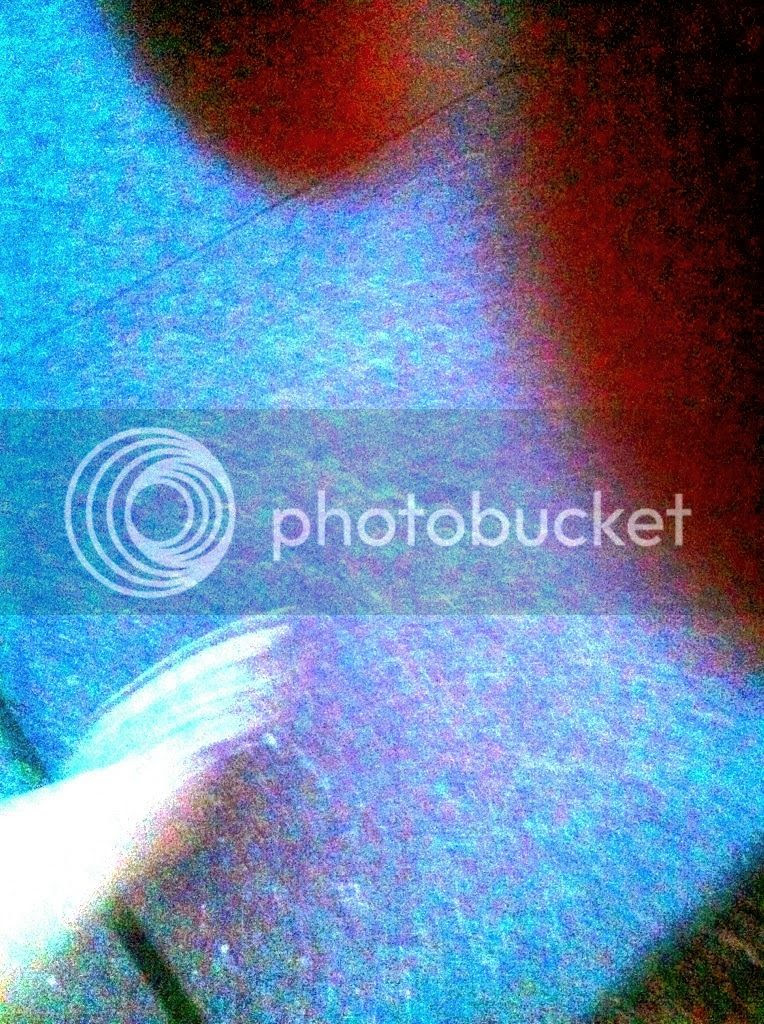 A rainy Sunday with coffee, a breakfast sammy and some Wesley Holmes house mix yes please.
AWP was this week in Seattle and I skipped all of it except a friend's party at the Alibi Room for the Mineral School. I'm not a joiner but that wasn't it, this time. I've been getting published the past couple of years--so why don't I feel like a part of the writing community?
A clue: I gave up my subscription to the New Yorker because the fiction annoyed me so much. Each week it read like inside baseball, writing for writers, the MFA club featuring meta little tales of constipated white people or super self-conscious morality tales, instead of a ripping good story that also happens to be brilliantly-written. I'm sure I could have learned something but I was too scared of coming into contact with smug--it's contagious! run away!
So my protest is what--a silent boycott?
AWP won't miss me. Neither has or will the New Yorker. I feel like there's a way to be both successful and not take it all so seriously.
Here are more pictures snapped around the neighborhood. 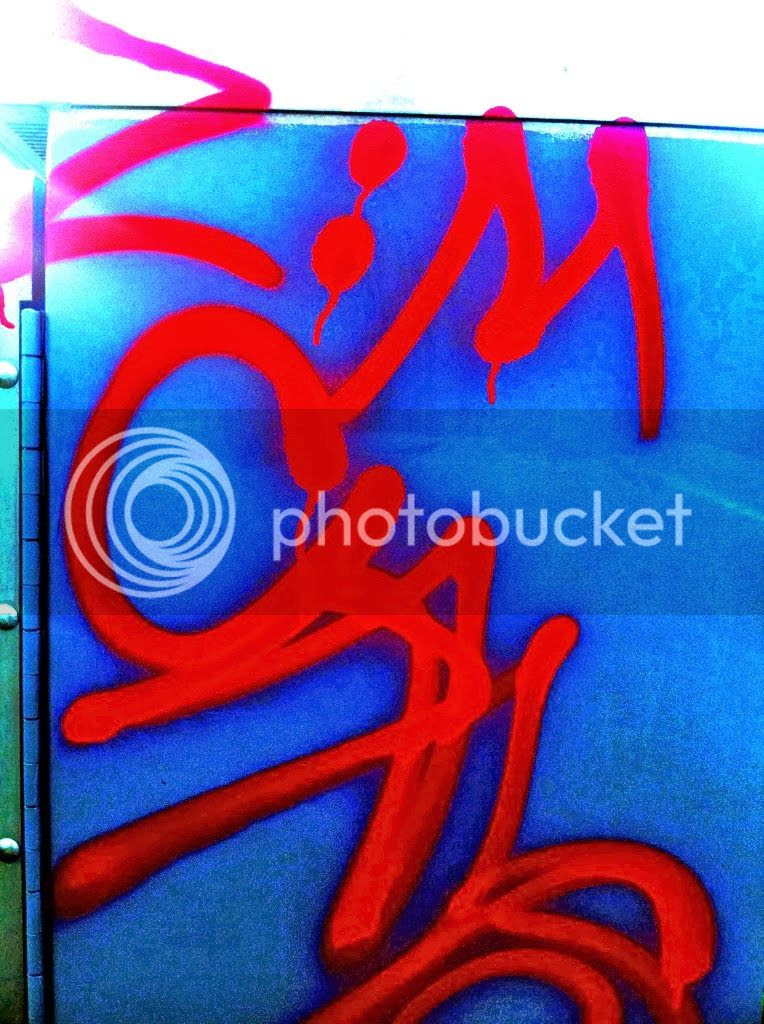 set fire to your old self

This was my landscape last week, sharing a house with my girls at Venice Beach. Sunny days and foggy nights, riding bikes up to Santa Monica, doing shots and eating chips and laughing until my belly hurt. And now I'm back in Stressville.
*
THIS is good, I will commit it to memory,  I'll commit it to the muscle memory in my brain. Set fire to your old self.
**
This also. Everything changes, every second.
Peace.