more conversations we are having

I have to put away social media and the news for all but discrete moments, because the overwhelming feeling right now, every time I see an update or read a news story, is fear.
I don't want to ignore reality, but I also want to function and make good decisions.
So.
Today, after several days of protests, looting and rioting, I logged on to work.
A work pal texted to see how I'm doing. They're Asian and have worried about facing stigma for wearing masks. Word had it University Village was to be today's looting target.
A co-worker talked about their s.o. who is African American, and the worries they have for their one-year-old child.
My siblings and I had an hour long call where we traded updates and wept a little.
The last time I cried every day when I read the news was 9/11.
I know we can come out of this stronger and better.
I know we can.
I need to believe it. And then join in to work towards it.
*
And it's Pride month. Usually a time of great joy and excitement in this city.
This year, muted and unsettled. But still here and I still intend to be an ally.
This, from Seattle PrideFest: 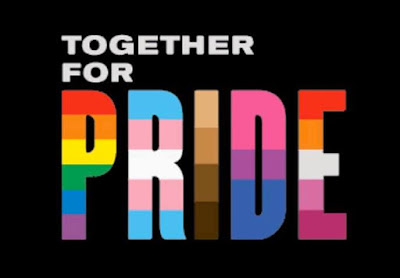 they are gassing us

The Seattle Police deployed tear gas again Monday night in a tightly-packed residential neighborhood of Seattle.
Like an obedient child I had stayed indoors. My phone blared with yet another emergency message from the city, announcing yet another curfew.
It was a restless night inside. I watched livestream of the protest downtown, then up to the hill.
Heard loud bangs around 9 or 9.30pm--at first I thought it was the recycling bins between my building and the neighbor building. But, it was the flash/bang grenades the cops use to disperse people.
There were rat-a-tats and thumps.Tear gas, I now know.
I read about it, in the morning, after a concerned message from my boss.
The neighborhood blog
The Stranger
A wild night of protest, attacks and chases.
A pink umbrella allegedly set off the riot declaration.
I awoke to burning eyes, itchy skin, and a headache, wondering whether tear gas had gotten inside my apartment.
* 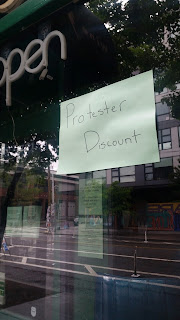 So yesterday afternoon after work, I walked over to the park.
I don't want to look back on these times and wonder what the hell I was doing.
SPD had the street blocked off again on 12th, from Howell and past Pine. Barricades, officers. Like they're afraid.
There were 2 competing protests, one inside the ballfield, the other  in the street at Pine and 11th, nose-to-nose with a wall of police. The ballfield protest was supposedly the peaceful one, so I stood there for awhile.The crowd skewed teen and twenty-ish.
They're organized---there were people directing foot traffic, handing out water and masks, some with Medic signs taped to their backpacks. Two officers stood watching, and idly chatting.
A guy walked by with a homemade sign that had a hand-drawn pink umbrella and, "Not a riot."
Two or three helicopters circled overhead. The speaker on the ballfield was hoarse, yelling into a bullhorn, barely audible, passionate.
The crowd in the street behind him was raucous, chanting. There were more of them. They seemed like they were having more fun. More than a few of the ballfield crowd abandoned ship for the street.
*
I went home, finally. Protests are a lot like parties--every person has a different experience, and it changes by the moment, depending on where you are in the space and who you're with.
Dozens of people passed me, streaming down every block, holding signs, ready to protest.
at June 02, 2020 No comments:

Email ThisBlogThis!Share to TwitterShare to FacebookShare to Pinterest
Labels: heard around town, seen around town

From the wonderful Gemma Correll. 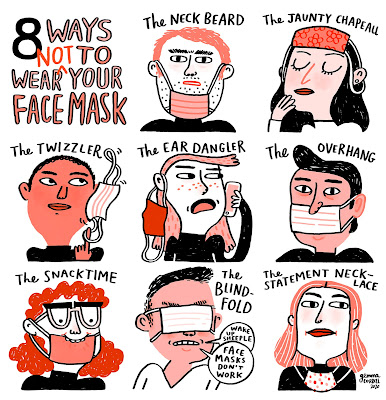 And the hilarious (and not wrong) Sam Cahn.

Quick PSA for what white people can do when they see black people doing things pic.twitter.com/ArHAjsj6DD
— Sam Cahn (@samcahnruns) May 29, 2020 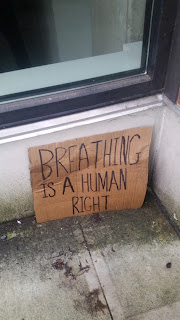 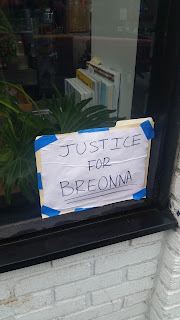 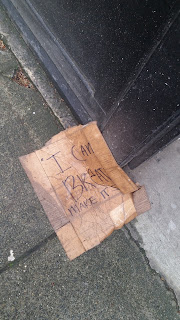 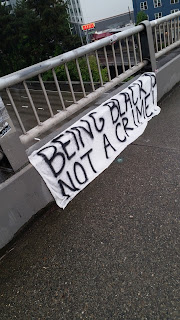 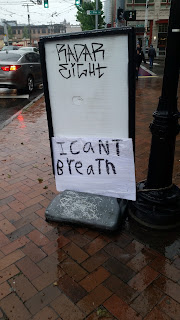 Email ThisBlogThis!Share to TwitterShare to FacebookShare to Pinterest
Labels: blm, seen around town

What a day Saturday.
In a week of days.
I was writing, so I kept an eye on the George Lloyd protests downtown, on Twitter and Facebook.
I want to stress that everything I saw online looked crowded, passionate, and peaceful.
Around 4.15 I packed up to make the long walk back to my neighborhood, sloshing along in heavy rain down Westlake towards downtown. I'd put my phone on airplane mode since the battery was low and I wasn't sure if I'd run into the protest.I was pretty sure it was around 4th and Pine and maybe the freeway along Madison so even though I was curious, I didn't think I'd see much.
Near Westlake and Denny, the sidewalk suddenly got busier with crowds of people walking away from dt. I smelled gas.
I turned my phone on and immediately got a siren and emergency alert. Then another. 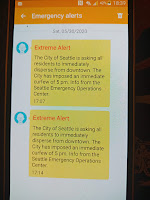 *
Time to re-route. I went back to Terry and walked parallel to Denny, eventually cutting over to Denny just before Fairview. Denny was a parking lot. Rain continued to gush from the sky. I saw a 62 bus heading up the hill, way off its route.
As I walked uphill a couple of groups of young white guys in black masks passed me hurrying down. With this area's history of violent protest, it was worrisome.
I ran into a few more groups of guys up near Broadway and Denny. Two #2 buses passed me, also way off their routes.. One said "Sorry, Bus is Full" or something on the front.
Police cars blocked most of the intersections into downtown.
I had a dinner order waiting at Lost Lake so I walked down Broadway, taking pictures of signs. A girl stood on the corner of Broadway and Pine talking about the protest, crying. Other groups of protesters were walking, talking, calm but definitely not lingering.
I stood in the rain outside of Lost Lake at 6pm, talking through masks to a delivery driver while we waited for food. The streets were eerily mostly empty by now.
The intersection at 12th and Pine, where the police precinct is, was barricaded and had cop cars, lights flashing, stationed at each corner.
*
At home. I caught up on the news, watched a livestream of downtown and the devastation. Cars burned and charred, a man with a stolen SPD gun, kids pepper sprayed, Nordstrom on fire.
I heard that violence came up the hill to Melrose and Pine, but an early walk this morning showed mostly quiet, with Amazon Go boarded up but open.
A couple walked past me down Pike, armed with trash grabbers, on their way downtown to help clean up.
at May 31, 2020 No comments:

Email ThisBlogThis!Share to TwitterShare to FacebookShare to Pinterest
Labels: blm, heard around town, seen around town

let us stand together

The last couple of days have been so painful. News of another and yet another black person executed. No action taken until videos are leaked or protesters take over the streets.
The White House on lock down last night.
My own neighborhood the scene of chaos.
I want personnel change in November, yes I do.
I want systemic change.
But this isn't about me.
Please watch this powerful, motivational, emotional Killer Mike talk.