Check out my new video, a brief reading from a story published this past spring in Opossum.

we're in the time

We're in the time I like somewhat best.
Rain. Cool weather. Clouds. Mist. A chilly humidity (save for the Pineapple Express that swept through a few days ago).
All variations of precipitation, and the neighborhood air smells of sodden leaves and soaked, rotting bark, earthy and fecund.
You know the true PNW'ers. We turn our faces to the leaden sky, breathe deeply, and smile.
at November 27, 2017 No comments:

seen at a ballard bus stop 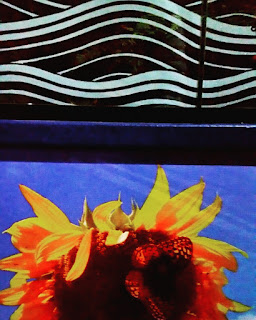 Music galore this past week. Yesterday and today, the Freakout Festival. Fifty-odd local bands across a handful of venues. I'm already pooped but having all the fun.
Last Sunday I accompanied two teenage dancers to see the Hiphop Nutcracker performance at the venerable Pantages Theater in Tacoma.
Now, between niece performances and family outings, I've seen the Nutcracker at least a dozen times. I'm familiar. I'm more than familiar.
This was a rad re-interpretation.
Kurtis Blow himself kicked off the show, dapper in a white tux and rhinestone bow tie, MC'ing an old school dance party. Everyone was out of their chairs with they hands in the air.
Then, the grand old ballet. Music the same, sets simplified, dances translated into hiphop choreography.
Check out the clips--it's fresh and energetic and it all makes sense.
In particular, the parents' dance, the couple in the midst of a fight, was so expressive and mournful, it brought me to tears. Without words, with only music and movement, the dancers told a story of love and argument and the sadness of separation.
at November 18, 2017 No comments:

Ever wondered what it takes to get a piece of fiction published?
I'm not talking New Yorker type of prose. That's a rarefied world and only the lucky few--some talented, some, well, I won't speak ill of the overqualified and undermotivated--but it's a world only the lucky few inhabit.
For the rest of us writers, there's the writing bit. Rough draft, edits, versions, more edits, more versions. Adding, polishing, removing, until you get to the point where you feel ready to share your baby with the world.
Then, you enter the world of submissions. You need to know which journals and magazines are accepting submissions. You need to know about word limits and genres, you need a brief bio and a thick skin because there's no getting to yes without a lot of no's.
Take, for example, my most recent story, "Fast Food and Box Wine," published by Sliver of Stone in October.
I finished what seemed like a solid draft in April 2016. At that point, it was 5700 words long and had a different title. Over the next sixteen months, I submitted the story to 32 different publications, taking a pause now and then, and revising all along the way. Some journals sent form e-mail rejections. Some responded via an online tool. Several  rejected it with comments, or an invitation to submit again.
I submitted it to Sliver of Stone in January 2017.
In September, they wrote to accept the story, now a slim 3500 words.
Publishing feels great! It's a yes, it's acceptance, it's validation, of a sort.
It's also a matter of persistence and timing and yes, writing.
Writing and writing and writing.
You can get to yes, if you're willing to get through a lot of no's first.

a most happy veg: an origin story

I've been a pretty happy vegetarian for the past seven or so years.
Hey! Calm yourselves! I'm not about to embark on a lecture.
But I do want to say something about why.
The original decision was made gradually, evolving concerns over health risks (after my Mom passed) and the inhumane treatment of innocent animals. Not to mention the environmental impacts of factory farms.
I started eating only humanely raised meat, and let me tell you, my meat consumption--amount and frequency--plummeted. That sh*t is expensive!
And I realized, I didn't really miss meat all that much.
And, I honestly haven't missed it much since. 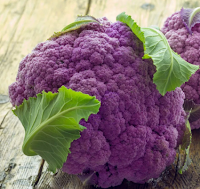 What I have developed is a taste for vegetables.
Wow, are vegetables good. (Except for onions. Onions are Satan's stink bombs.) Vegetables are amazing, especially in season. I mean, really really so good.
For me, farmer's market or farmstand veg is the best--it smells fresh, of the earth, and needs only the gentlest of preparations to make it delicious. But a close second is veg from your local grocery store, the more local the better.
Summer in the 206 was a riot of greens, tomatoes, cucumbers, squash, and of course fruit: melons and berries and peaches. I like to think my body thanked me every day for the deliciousness and the nutrition.
This week, as fall deepens and chills, I am fortunate enough to scored some cauliflower--both purple and yellow--as well as rainbow carrots and Yukon Gold potatoes. I can't wait to toss it all in some olive oil and salt, and let the oven do the rest.
at November 05, 2017 No comments: