i am here for me

WHAT a tough week.
!!
I'm shouting, I know. It's been a shouty kind of week.
Each night I fell into bed feeling sore, like I had the flu and had also maybe fallen out the back of a speeding truck. 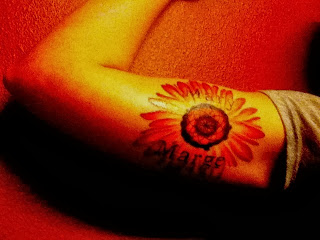 Each morning I woke before my alarm, only to drift off just before it jangled, fumbling for my phone and greeting the day with Noooooooo.

Life is hard for my fam right now, both sisters fighting ongoing aggressors.They are tough and I am tough and together we are tough but it's still a fight.
*
It's hard for me to confide in non-family people. If they don't listen, I feel bad. If they listen and forget, I feel bad. Easier just to feel bad and keep it all to myself.
(Note, I didn't say better--just, easier.)
*
In any case, there is much to feel optimistic about.
I'm writing. I made some good edits to a story I hope will finally get a yes somewhere.
I saw some good people this week. I made some new friends.
I did good work.
I hung out with my sisters and with my favorite 11-year-old.
My ink is healing.
Yes.

Email ThisBlogThis!Share to TwitterShare to FacebookShare to Pinterest
Labels: ink, the fam, writing

who can tell me what I really want 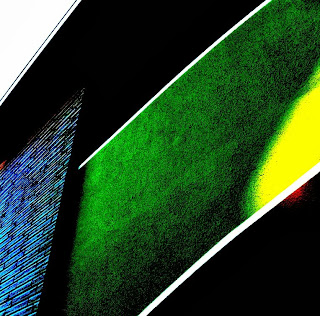 So here's what's up: 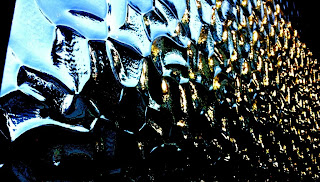 A guy once yelled at me to start living in the now. He wanted to date and I didn't, because he was kind of creepy and honestly, I had a thing for a guy who lived on the opposite coast. The yeller got deleted from my phone while Mr. G.U. (geographically undesirable) did not. But, the thought stuck with me.
*
I adore white shirts, and have at least a half dozen in my closet. A couple of crisp white t-shirts. A polo with silver buttons. A long-sleeved white tee, great for layering.
And yet I haven't worn any of them in close to a year.
It's weird: I think about it, I want to, I try to, and yet I can't.
I don't want to get them dirty. Don't want to dribble spaghetti sauce on one or accidentally draw a jagged blue line on one with a ballpoint pen (don't laugh, I did this to some pants just a couple of days ago).
It's just--I can't bear to soil a white shirt. Too many wears-and-washes and the pits begin to yellow, the white fades, the shirt gets dingy and tired. Instead of enjoying my white shirts, the pillowy white against my fading summer tan, instead of rocking one with fresh jeans or this super tailored khaki skirt--instead they ride around in my dresser drawer, folded Gap-neat, while the lesser shirts, the ones with forgiving stripes or a frayed hem get all the action.
*
I hold back, I know this. I wait too long, I linger, I give things--people--circumstances--just a bit longer, perhaps too long. I don't go out in case someone calls. I punt on making plans hoping this elusive person I really want to hang out with gets back to me. I save my best writing for the next story.
Wear the white shirt, I tell myself.
Put yourself out there. Try. Fall. Try again. Wear it.
at September 19, 2013 No comments:

Seattle is not a big city, let's just get that out of the way.
620K of us live in the metro area; with about 2 million dwelling in King County.
I mean, Brooklyn alone has over 2 million people. We're a borough. A village. An outpost.
I heart Seattle, though. I had some errands to run on this misty Saturday morning, had to get to the U District by eleven for an appointment, so I laced up my New Balance, hoping an hour-long run through Queen Anne and Fremont would take my mind off my hangover-churning gut.
I walked up QA hill and dropped a coat off at Blue Sky--it's weird still to go into a green dry cleaners, you  brace yourself for that blast of hot chemical smell and there isn't any!--then started my run.
I ran past a diner, past the usual hungry brunch crowd standing around outside.
I passed a cafe, smelled coffee, heard the blast of an espresso machine and snippets of conversation.
I passed a car where an exasperated dad was trying to get his daughter buckled in, trying to explain that her drink wouldn't fit in the cup holder.
Crossing the Fremont bridge, the air over the water turned colder and wetter. I took some extra breaths, filling my lungs with oceany air. I took the 41st St footbridge over Aurora, looked at the Seattle skyline, half-shrouded in mist. Then through Wallingford--more coffee shops, a bleary-eyed mom texting outside the tae kwan do studio. On 45th, traffic was stopped for construction (it feels so good to run past stopped cars). I smelled corn tortillas at the Mexican place I still haven't tried. An older woman sat at a high table and dribbled hot sauce on a taco.
In the U District I avoided the Ave (it seems to always smell of puke and exhaust now), did my errand, joked around with a friendly salesguy, then got myself to Lucky's for veggie pho, hangover remedy extraordinaire--hot noodle soup with plenty of jalapenos, basil and sriracha makes everything right.
Then, finally, missions completed, I could stop in with my thermos at etg for java, friendly faces, and neighborhood gossip (Rebar, an errant barista). Now, at rest, with coffee, Wesley Holmes and a story that needs work.

Man it's been Rejection City around here. I'm over it.
Seven in the past month. 7!
That is not right.
Not right. At all.
*
Funny how that phrase flexes to do a lot of work:
The way he treats her, it's not right.
That kid is not right in the head.
Sorry, not right now.
Thanks, but your piece is not right for us.
*
Anyway all this rejection is incorrect. It dejects me. It makes me try harder. It gives me sleepless nights.
I awoke the other night for quite awhile, thought about this story I'm working on. What is it about? What are my characters trying to do? I had a realization: the thread of the story. I've been yawning all day but now I'm ready to write, to apply my insomniac insight and see what happens.
at September 10, 2013 No comments:

i walk i see i take 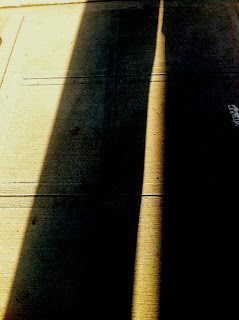 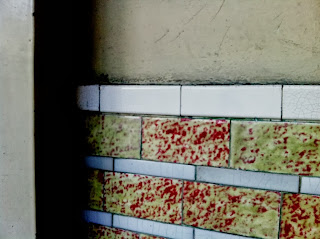 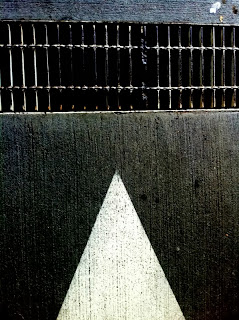