belltown what the hey 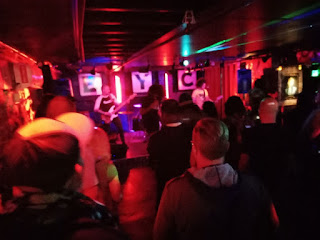 I had an old school 206 night recently in Belltown, of all places. I say "of all places" because this venerable Seattle neighborhood adjoining downtown had gotten hipsterized along with pretty much everything else. The recent openings of Jupiter and the Screwdriver have given me hope (along with the impending Shorty's/Rocco's move, i.e not a full-on closure. Side note: how is the former John John's now a 'gram-able plant shop? HOW.).
*
Anyway, the Belltown bar hop started at 5 Point, and chitchat with an unassuming guy. We laughed as a sixty-something couple got 86'ed for not having ID, and traded speeding ticket stories. He mentioned he's in a band, Gold Bar, and when they played Folklife a few years back, his mom didn't want to deal with downtown traffic to come and see their 11am set. With a couple of handshakes, he cashed out and headed out to see Tedeschi.
*
Later we wandered by the aforementioned new Shorty's location on Second Avenue, where a friend mentioned his art studio had previously existed, along with Galleria Potatohead. And Pearl Jam practiced nearby. As if on cue, a guy in dreads and paint-spattered clothes emerged, heard us talking, and invited us in to see his mural-in-progress (a glow in the dark shark!) and walk through the abandoned basement and art studio spot--mostly now film canisters, old posters, and a lot of dust. A few stops later we made it to the Belltown Yacht Club to see The Bitter.
*
Later still, a walk up Pine with stops for a slice and a veggie dog, feeling good about a low-key hangout of a night.
at May 25, 2019 No comments:

Email ThisBlogThis!Share to TwitterShare to FacebookShare to Pinterest
Labels: heard around town, seen around town, the206

I had the good fortune to peep Travis Thompson at the Fishermans Village Music Festival in Everett last weekend. I have not been in the partying mood, but this is the chillest, illest little festival in the PNW at the moment and some pals and I had been planning to get up there for awhile. It's just what we wanted. Old school 206'ers mingling with Day-Glo ravers and hip kids and old folks and it was sceney (girls in hats and booties) but not too sceney (the for-real beardy guys outweighed the statement-beardy guys). Chong the Nomad charmed us with her wacky set and meme-y dreamy visuals. Tilson XOXO was confident and exciting and didn't last way long enough. Anyway TT hit the main stage on a cool Friday evening and slayed, with a cameo by the luminous Parisalexa.This Ambaum kid is gonna make good, I can feel it. 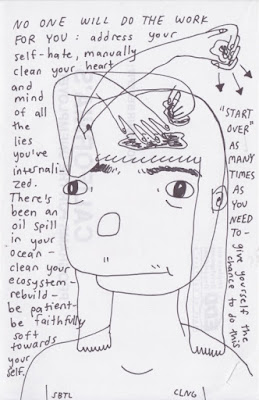 I woke up to an e-mail saying yes.
It was a magazine editor I respect, happily accepting a story I had submitted.
Not on the first try.
Not on the first edit, or even the tenth.
So for a moment I forget the hard week.
Today, yes.