art a la HER

Posted on the wall at Hollow Earth Radio: 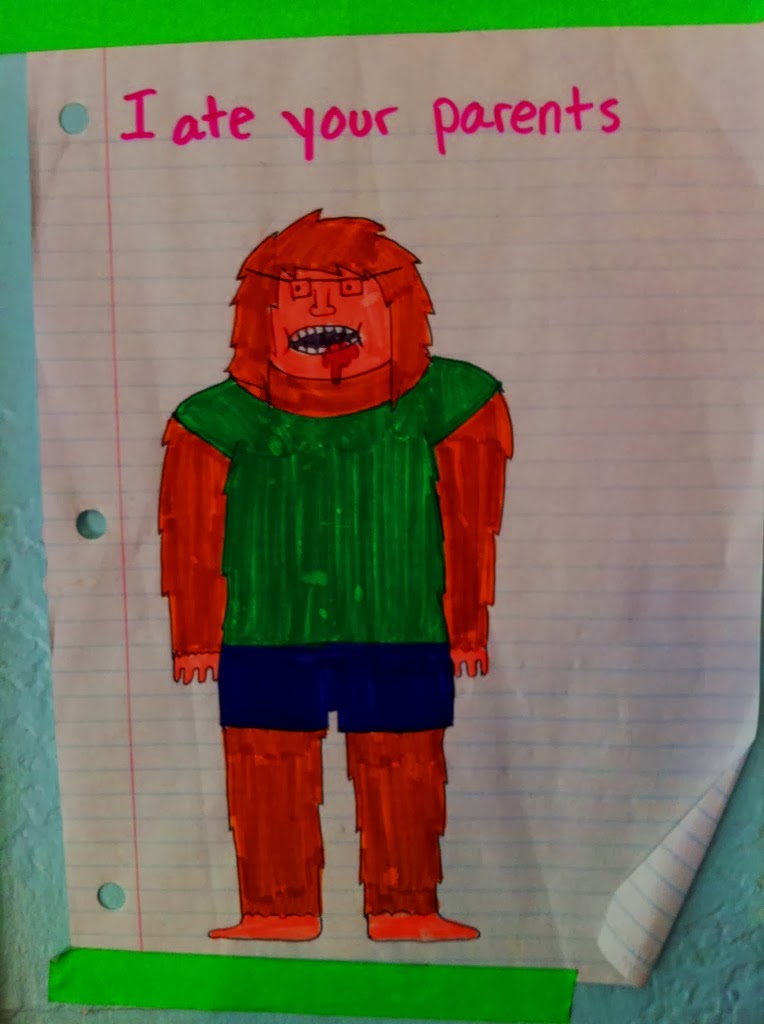 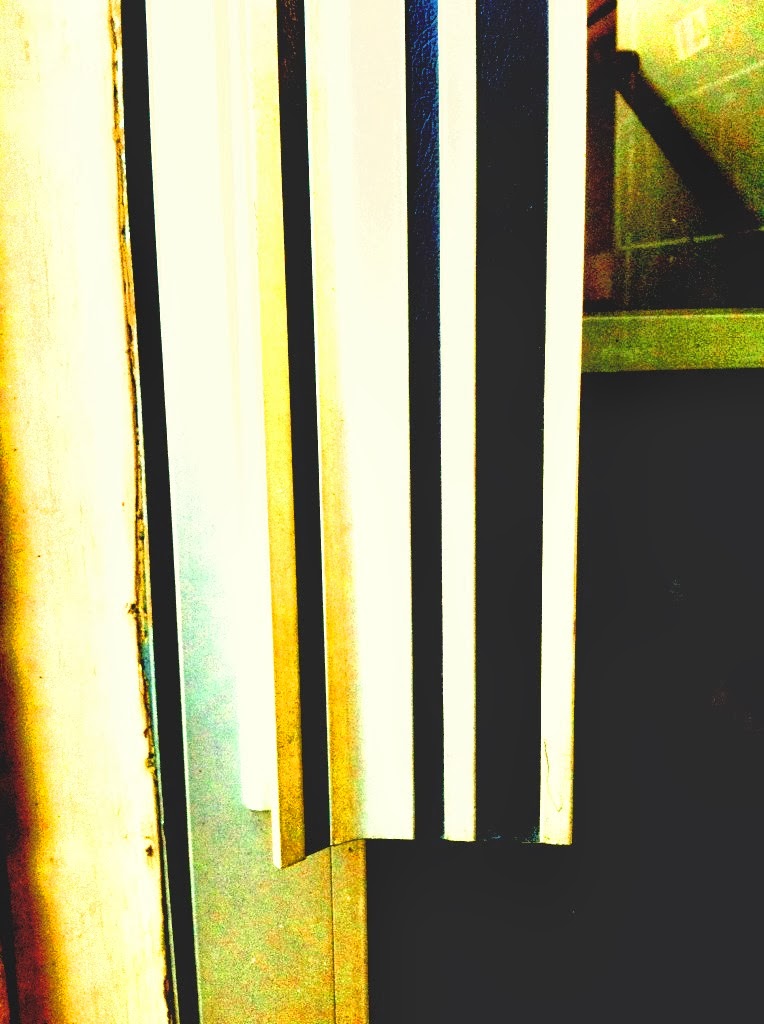 Lots on my mind and it's hard to think straight. Missing momash--it's been 10 years since we lost her. Yula and I visisted the cemetery with sunflowers and yellow Gerbera daisies, chocolate cherry drinks and a chocolate covered graham cracker. We put our arms around each other and looked at the grave stone and wept. The loss is fresh somehow. We talked about her. To her. I know she's not there but when it's time to go I hate saying good-bye. We talked to my grandma and aunt, who were at the cemetery in Kansas, having braved the snow and cold to leave a rose for her. I had a moment where it was too much and I couldn't speak. Then we FaceTimed with our sis in Canada and Ms Hammy (distracted by wardrobe planning for a dance last night).
She was a good momash and we were lucky to have her.
*
A doorway looked at two ways, in LQA. 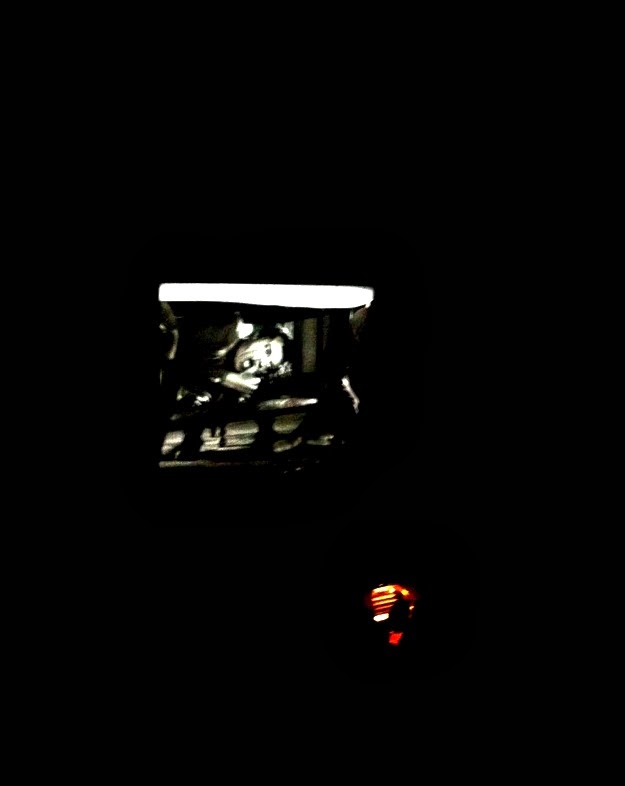 Tonight I was lucky enough to watch "The General" with a friend and his kids (who are big silent movie fans and cackled merrily throughout). It was a packed house at the Paramount, with free Trader Joe's snacks and a live soundtrack on a Wurlitzer organ. I love me some Buster Keaton.

So I only really started watching football about 3 years ago. I grew up with a sports-obsessed father; he was so immature that he couldn't watch important games live because if his team lost he'd be unbelievably angry and upset. He'd record the games and if his team won, he'd watch. Still, I saw enough of his ugly reactions to setbacks and losses that I tabled my own interest in sports for a long time.
Fast forward to last Sunday and the 43-8 beatdown that the Seattle Seahawks delivered to the Broncos. I watched the game at Nectar with a bunch of friends; from the first whiffed snap and Seattle safety, we were in a state of joyous disbelief. Picks, field goals, interceptions, touchdowns--we whooped and hollered, high-fived and screamed and held our heads in wonder. At least two friends declared they were having heart attacks. When it was over, we emerged into the streets to streams of honking cars, roving bands on the sidewalks, celebrating and slapping hands and screaming. A 26 bus left Fremont with standing room only fans continuing to cheer and beat their hands on the bus windows. Later, I walked down to the Five Point. Fireworks erupted off the Space Needle. The honking and cheering continued. Denny Way was closed down due to a cheering crowd, people waving 12 signs, guys ripping off their shirts, cops standing beside their idling vehicles, lights flashing, smiling. Inside the crowded Five Point, someone put Queen on the jukebox and we all sang "We Are the Champions" at the top of our lungs. It was corny and so much fun. (There was a bar fight around 11pm--more of a shoving match, but the bartender shut off the jukebox and the barback punched the instigator in the face, so it was over pretty quickly and uneventfully.)
Wednesday I worked from home and walked down to the south end of Seattle Center with my neighbor to watch the start of the parade. It started an hour late. In 20 degree weather. We stared at empty tour buses for awhile. Texted friends. Talked and joked and stamped our frozen feet. We yelled 'Omaha!' hoping to kick things off. Finally, a Duck rolled into view, full of lipsticked Sea Gals, with Marshawn Lynch standing on the hood, videoing the crowds (700 000!) National Guard vehicles rolled by then, carrying the O-line, the Legion of Boom, the quarterbacks, Pete Carroll (we yelled Pete-Pete-Pete-Pete and earned a grin)--then finally the trophy. I felt happy and tired and spent. My throat hurt. Life goes on and it's only football but still.
Winning feels grand and I love that the fans are such a visible part of the team. Go here to re-live the highlights and gloat a little longer.
at February 08, 2014 No comments:

Yeah Seahawks!
From a man of few words, just want to “Lay back, kick back, mind my business, stay in my own lane."

So here we are 1/12 of the way into 2014.
Where did January go, I think, it went so fast!
It did, and it didn't.
I started my January 2014 with a pretty late night, bubbly and whisky and beer and 80's beats at Nectar, followed by a world-class crusher of a hangover--amateur night, no argument--followed by twenty-four hours spent lying near-comatose in bed. There was a long weekend in Bellingham, reggae at the Wild Buffalo, bar-hopping on State Street, a long rainy walk to Fairhaven, hikes up and down Holly Street for tallboys, a scarf, Mexican food. Pizza and beer in bed, watching football and HBO. Another hike. Doughnuts on the way out of town. There was pre-NFC championship game bar-hopping in Belltown. Some living room football--beers and shit-talk and high fives and face plants. Lot of drinks with friends--pinky swearing "Brouwers: never again," awash in dirty gin martinis--how dirty? Jenna or Britney? Brunch with homemade biscuits and roasted garlic potatoes and my special recipe bloodymary. A birthday bash with bbq and vegan ice cream and old school pinball and Bishi Bashi Champ.
And my inner life. Writing, photos, editing, designing, dreaming. This is where the living happens. I have a story coming out soon, possibly also a recorded version. Granted, my reading voice sounds like a bronchitic chain-smoker on a submarine but hey, I tried. I'm working on memoir stuff. Me-moir. I'm taking pictures, lots of them, sidewalks and brick walls and windows, playing with saturation and brightness and contrast.
Real life is like that, I guess. All questions of how much, how different, the angles. How you see the world.
at February 01, 2014 No comments: