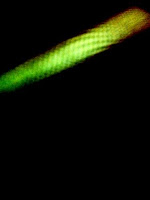 Do you believe in all this mercury/retrograde stuff?
If you're not familiar, check out this link. Although, the ever-capricious Rob Brezsny isn't a believer.
In any case.
Things feel obstinate and difficult. It's been raining for about a thousand days. I'm working on an essay and each word seems like a tooth that needs pulling. Words among my people feel strained and foolish.
Me, I'm trying to take the long view.
To treasure my friends. To meet new people and listen to good beats and stretch myself--work my body, my mind, my creative self.
I won't break.
Or, if I do, maybe it will be worth it.
at March 31, 2012 No comments:

Email ThisBlogThis!Share to TwitterShare to FacebookShare to Pinterest
Labels: heard around town, seattle

Email ThisBlogThis!Share to TwitterShare to FacebookShare to Pinterest
Labels: movies 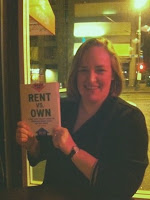 Hey! Read this book, Rent vs Own, out soon and written by my good friend Jane Hodges. I met this girl in a writing class at the UW a few years ago. I was so intimidated by the quick-witted red-lipsticked ex-Manhattanite that I didn't get the courage to talk to her until the end of the quarter. Fast forward to 2012 and she's an established freelancer, housing expert, short-story author and all around cool chickie. I'll be checking out her Town Hall appearance in Seattle soon too.
*
And while I'm at it, read my story too! Homey Don't Play, published by Switchback, the literary journal of the MFA program at the University of San Francisco.
at March 25, 2012 No comments: 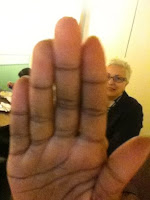 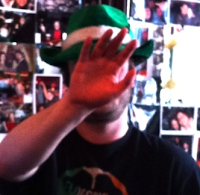 I haven't written anything here in 10 days--12 days really. Hoo boy. How'd that happen?
I've been busy, I guess.
A little distracted.
Did a 48-hour slow dance with the 'flu.
Anyway, here we are.
No further details needed, no questions asked.
It's a mild, sunny Saturday and I had pie for breakfast.
at March 24, 2012 No comments:

Until I read this article, I never realized that Radiolab was a science show.
And this video. Is so cool.

Email ThisBlogThis!Share to TwitterShare to FacebookShare to Pinterest
Labels: seen around town, videos

I got to spend some time in Hays, America over the weekend, with some of my very favorite people in the world. My aunt and uncle swooped me from the Wichita airport Saturday night, paused long enough for a quick drink with a cousin, and then hit the road, stopping only for gas, diet soda, and a bag of Powers Inferno peanuts. Gramma and I slept in, but by noon on Sunday my cousins and I were ensconced at a dive bar by the railroad tracks, drinking bottled beer and snacking on bull fries (aka Rocky Mountain oysters aka oh-hell-no). Gramma took me out for pancakes the next day, and later on we took my cousin's adorable three-year-old to his first-ever movie, where he spent most of the next ninety minutes playing pretend-delivery driver on a coin operated car in the lobby. Yesterday's early morning departure was made sweeter with a dozen Daylight Donuts, courtesy of another cousin.

And if that weren't enough--photos of good times out on the coast a couple weeks back: puja parakh blog: Elise's trailer
at March 07, 2012 No comments: